Main function of the garden 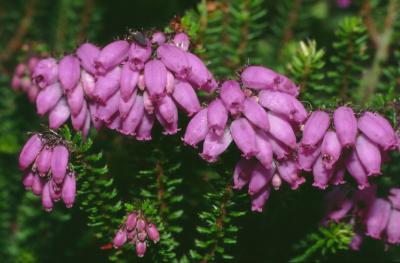 Main research of the garden

The garden produces an Index Seminum for exchange with other gardens, arboreta and bona fide individuals every two years.

New facilities, including a seed storage and germination facility, and a laboratory/classroom are currently being developed.

Brief history of the garden

Trinity College initiated a physic garden on the main College campus in 1687 to provide plant material to support the teaching of medicine. By 1773 this garden had become derelict, and was partly used to dump offal from the Anatomy Department! There was a short-lived attempt to establish a garden in Harolds Cross to the south west of the campus, but by 1806 the College Physic garden was finally abandoned and a Botanic Garden established in an area of land leased in Ballsbridge. Over the next one hundred years this garden developed considerably, and held an important and varied collection of plants. Notable curators of this Garden include J. T. Mackay, credited with producing the first flora of Ireland, and F. W. Burbidge, who was well known for his exploration of the Kinabalu region of what is now Sabah and for his work on collection and hybridisation of Narcissus.

The Garden celebrated the tercentenary of the College in 1892 with the presentation of a massive specimen of the tree fern Todea barbara, a gift from the Royal Botanic Garden Melbourne. A cutting of this plant still thrives in the present Garden. The position of Curator was abandoned after the death of Burbidge, and as a result the Gardens ceased to develop. This was partly redressed with the appointment of an assistant curator in 1950. In 1965 a plan was put before the College Board to relocate the Gardens at Trinity Hall, an accommodation complex in Dartry. This move was approved, giving the Gardens better long-term security as the Trinity Hall site is free hold. The move was completed over 1966 and 1967; two modern hotel complexes now stand on the former Ballsbridge Garden. Many important plant specimens were transferred to Dartry, including a 25 foot tall Ginkgo and various cycads.

Since the move to Dartry, the development of a new botanic garden has proceeded steadily. An important development was the establishment of a position of Administrator in 1981 (now Curator/Administrator). Over the past ten years the gardens has developed an international reputation for plant conservation work, and supports a diversity of research projects ranging from low temperature tolerance to the effects of elevated carbon dioxide on growth of grasses. The Garden celebrated the College quatercentenary with the gift of another tree fern from Australia; this time the Royal Botanic Garden Sydney presented a fine specimen of Cyathea australis.