A year-long audit of the biodiversity of Ireland's Presidential grounds at Áras an Uachtaráin, completed by ecologists from Trinity College Dublin, has uncovered some rare and fascinating creatures. Despite a two-month hiatus in sampling due to COVID-19 restrictions in the spring, the team has revealed that the 130-acre Dublin site contains 14 distinct habitats that provide homes to more than 800 different species of plant, animal and fungus.

From the charismatic black and white badgers that have taken up residence in an old tunnel by the Icehouse to the cave spiders that share this dark and seemingly inhospitable site, and from the night-flying macro moths to the day-flying bumble bees, the biodiversity of Áras an Uachtaráin is considerable.

Nearly 300 species of plant, nearly 200 species of fungi, more than 50 species of bird, and nearly 250 species of invertebrates have been identified and recorded on the site. The just-published report has also revealed that Áras an Uachtaráin is home to the majority of our Irish bat species, who utilise its woodlands, pastures and pond.

The aim of the study was to assess the biodiversity on the site to provide a baseline for tracking change, and to make recommendations for maintaining and improving the site’s wildlife.

Jane Stout, project Team Leader and Professor in Botany, said “It’s been a privilege to survey the grounds of Áras an Uachtaráin, and to see some of the amazing creatures living there. With 14 different habitat types, in a relatively small area so close to central Dublin, the diversity was surprising. By mapping and quantifying the biodiversity of the Áras, we now have a baseline for tracking future changes.”

Dr Aoibheann Gaughran, Project Manager, said “There is great potential to enhance the biodiversity of Áras an Uachtaráin even further, from actions to improve and restore species-rich grasslands to creating habitat for insects, pollinators, birds and mammals to nest in, as well as even perhaps the creation of new wetland habitats. It is an incredible opportunity to showcase how a landscape that was created and managed by people for people, can also be one where nature, in all its forms, really thrives.”

Prof Stout added “By managing for biodiversity in the long-term, the site will continue to provide benefits for its residents and visitors for many years to come. These benefits include carbon storage in trees and grasslands; habitats for wildlife; and cultural benefits for visitors and local residents.”

John McMahon, Commissioner at OPW, stated that the Office of Public Works has been delighted to collaborate with Trinity College in the completion of this comprehensive Biodiversity Audit of the Áras lands in the Phoenix Park. Recognising the importance of enhancing existing biodiversity, the recommended actions will be implemented as appropriate over the coming weeks and months. Some of the measures, for instance the facilitating of a return of pine marten, is already receiving active attention. The Audit represents a great achievement and provides a baseline for broader action and research. 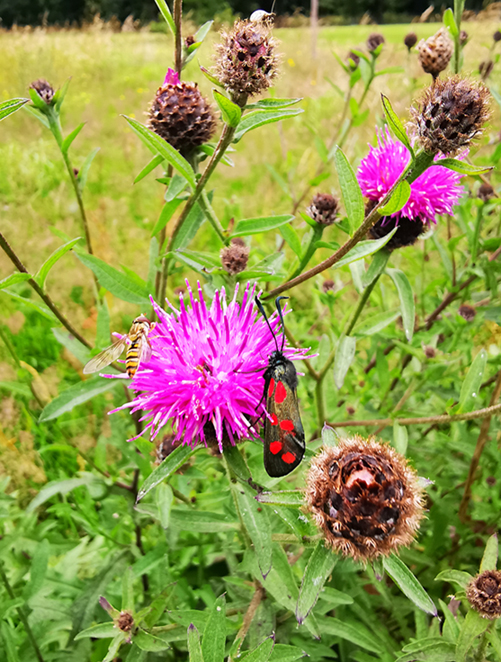