School Researchers – Biodiversity at the Aras, May 2020

After a two-month enforced break due to the lockdown, researchers from the School of Natural Sciences resumed a biodiversity survey of the grounds of Áras an Uachtaráin, recording several "exciting and unusual" discoveries.

The survey has been commissioned by President Michael D Higgins with the aim of identifying ways to protect and further improve the diversity of plant and animal life in the gardens of the Áras.

"It's an absolute privilege to audit a site like this. We are surveying the plants, insects, birds and mammals, trying to cover the whole spectrum," said Professor Jane Stout.

Earlier this week, the researchers installed a trail camera near the entrance to a disused tunnel, near the former "ice house" of the Áras.

Footage shows a badger scent-marking beside an above-ground nest at the entrance. 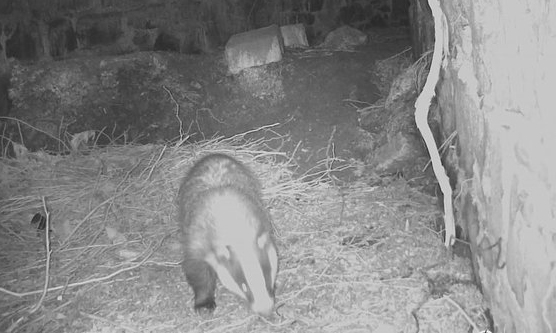 A badger enters its sett in the grounds of the Áras.

"This is quite unusual because normally badgers live underground. In all my years working on badgers, I've never actually seen a day bed before. So I was really excited to find this.

"The last time we were here was in March, before the shutdown. It wasn't here then, so it's a brand new structure and I'm tickled pink to see it," said Dr Aoibheann Gaughran. 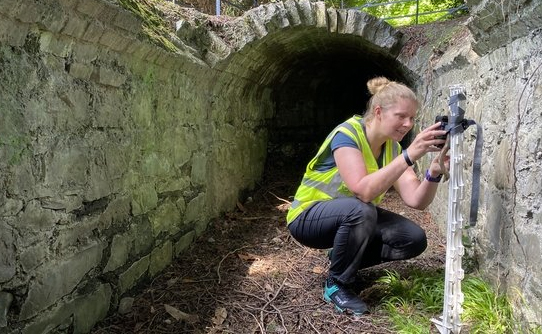 Dr Aoibheann Gaughran inspects a trail camera at the Áras.

Venturing further into the tunnel, there is another unusual find.

"These are cave spiders. We were really excited to find them because the species has not been recorded in the Áras before.

"There are actually very few records of the cave spider in Ireland at all. That's not to say it is not widely distributed. It's just that people haven't found it. They haven't looked for it," explained Dr Gaughran. 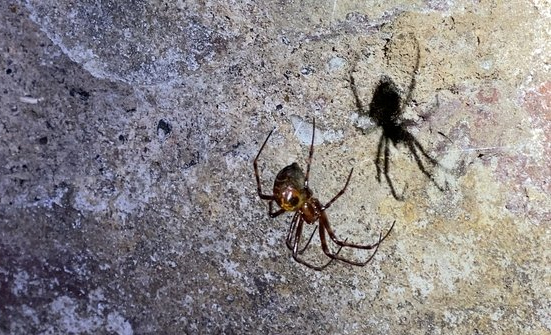 Cave spiders have been recorded in the grounds of the Áras.

On completion of the survey, the Trinity team will make recommendations on positive measures for biodiversity in the future management of the house and grounds.

President Higgins has been interested in the protection of biodiversity for many years.

Speaking at the first National Biodiversity Conference in early 2019, the President remarked: "Reversing biodiversity loss requires all of us to be leaders within our own spheres of influence – in our homes, our places of work, our circles of friends, our schools and universities, in our communities of place and of faith – to demonstrate the message that our biodiversity, our natural heritage, is our right, but also our responsibility."

The United Nations has proclaimed 22 May as The International Day for Biological Diversity (IDB) to increase understanding and awareness of biodiversity issues.